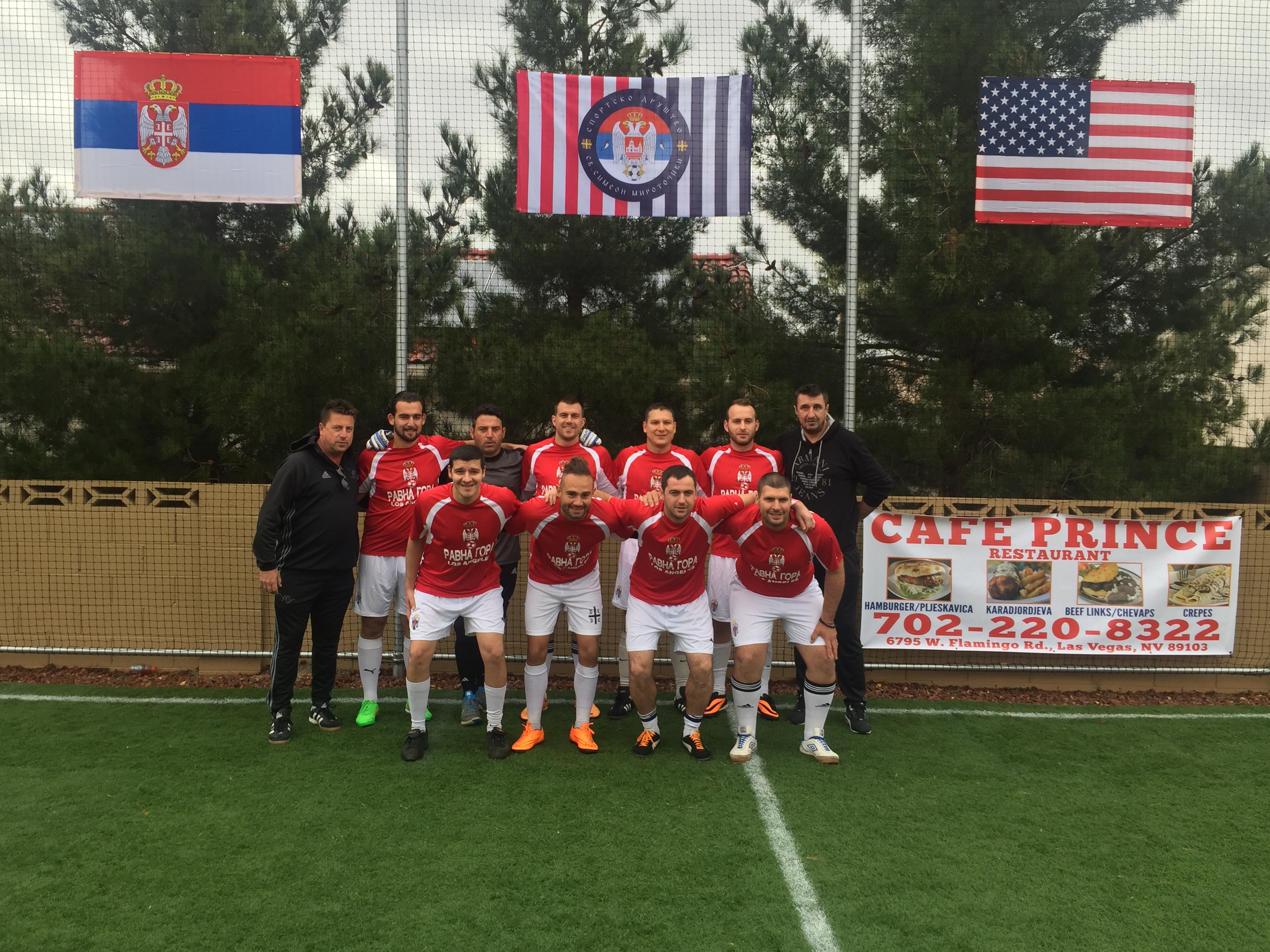 There are many soccer clubs throughout the Serbian diaspora in North America—from Florida to Vancouver and from New York to Los Angeles and there are over thirty soccer clubs that have Serbian names. They were founded by good-willed people whose motivation was to unite the Serbian youth for the sake of athleticism, friendships, and maintaining relationships among our Serbian culture.

One of those clubs is Ravna Gora from Los Angeles. Unlike some of the other fore mentioned soccer clubs, Ravna Gora was founded alongside the Saint Sava Church parish. We are the only Serbian soccer club in the nation that carries this prideful name. The club was founded in the year 2000 and the founding members of the club were also parishioners of the church. With a lot of hard work, dedication, and effort from past Saint Sava Church members the church property has expanded greatly and thanks to those past generations, our club has had, since its founding, a soccer field that is on the church property. Something that we are very proud of is that our club has a patron saint—Saint Demetrious—that we have celebrated every year since the founding of the club.

Throughouth its existence, the club, among other church organizations, has always made a strong effort to be beneficial to the church, to the other organizations, and to the members of the soccer club itself. On many occasions, Ravna Gora has helped facilitate various projects pertaining to the church as well as individual members who were in need. We hope, with God’s grace, that we will be able to continue to be of benefit to the church as we have been the past seventeen years.

Since its existence, many members have come and gone but we are most proud of the fact that a good number of the original members are still with the club today. We cannot put an exact figure to how many members there have been throughout the past seventeen years but we know that there have been more than one hundred. We owe a huge thank you to all past members because with their participation and support they helped maintain the clubs existence.

Today, Ravna Gora has thirty members which make up two teams—an open division and an over-40 division—which participate in tournaments organized by Serbian communities throughout the Western United States. Every Saturday, a large number of these club members and fans of the sport come from all over the greater Los Angeles area to have a great time playing the sport they love with good friends. We hope that our membership continues to grow and that every Saturday brings more and more soccer players and friends.