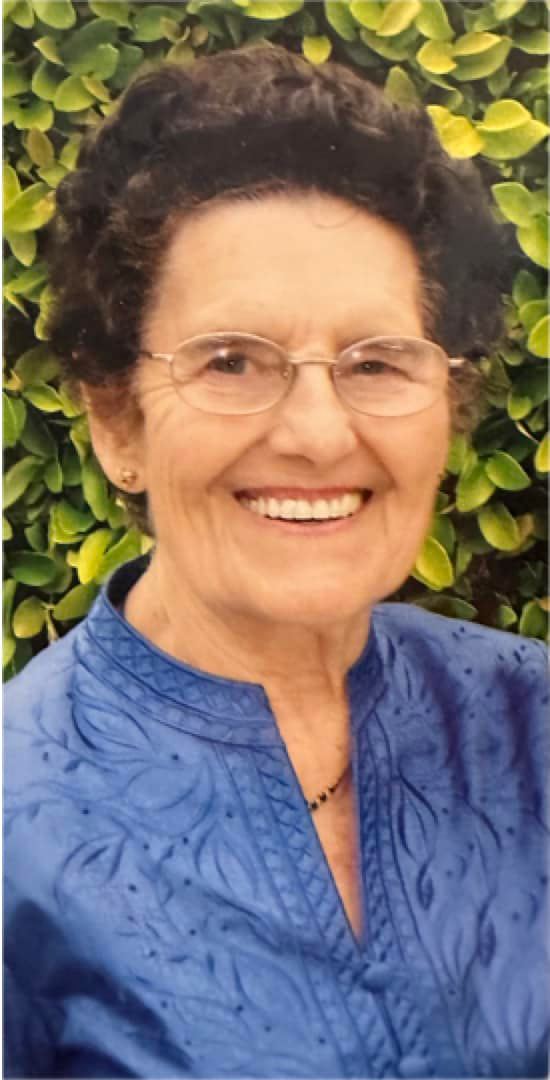 Нека Господ упокоји душу новопредстављене слушкиње његове +Васиљке!
Вјечнаја памјат!
Obituary
Vasiljka Ivanovich
Vasiljka Ivanovich (Simonovich) was born into Heaven on Thursday, December 20, 2022, with family members by her side. She was 93 years old. The daughter of Miloš and Bojana Simonović, she was born on January 14, 1929 in Kosovi Lug, Danilovgrad, Montenegro, when Montenegro was still part of Yugoslavia. She left home during World War II with her father and elder brother Radomir, as part of the Četnik Resistance. Separation from her mother, younger sisters Stanka and Ljubica, and brother Dragomir, caused her sadness throughout much of her life. She married Ljubomir Ivanović in Eboli, Italy, and after the birth of her first two children in Germany, Vasiljka and her young family immigrated to the United States, settling in Milwaukee, Wisconsin. Maintaining her culture and faith, Vasiljka was a founding member of the St. Nikola Serbian Orthodox Church of Cudahy, Wisconsin, where she was also an active member of the Kolo Srpski Sestara (Circle of Serbian Sisters). A devoted mother, she passionately supported her children’s involvement in Serbian music, folk dancing and choir. She moved to sunny Los Angeles in 1972, where she lived for 50 years.
Vasiljka’s interests included gardening, cooking, crocheting, the great outdoors and entertaining family and friends. She found great joy in keeping in touch with dozens of family members on two continents. Often called “The Flower Lady,” she had a green thumb and a knack for growing plants and flowers. Highly sociable, she was loved for her optimistic outlook, sharing her sunny disposition, love and laughter, with family, friends, neighbors and even strangers.
Vasiljka is survived by her brother Dragomir Radulović, her four children and their spouses, Dragica (Philip), Dragoslav, Desanka and Dragan (Ericka). She adored her grandchildren, their spouses, Alexander (Alison), Tanya (Matt), Llana (Jaiden), Alissa, Michelle (Jae), Dejana, Alexander and Aurora, and her seven great-grandchildren. She is also survived by numerous nieces, nephews, other relatives in the USA and Montenegro, Kumovi, and close friends. She will forever be loved and missed.
Funeral Services will be held on Thursday, December 29th at 11:00 A.M., at the old St. Sava Serbian Orthodox Church, 4355 E. 2nd St. Los Angeles, CA 90022. Internment Services will follow at 12:00 Noon, at the Serbian United Benevolent Society Cemetery, adjacent to the Church.
After Internment Service, Lenten luncheon will be served at the St. Sava Serbian Orthodox Church of San Gabriel, at 1640 S. San Gabriel Blvd., San Gabriel CA 91776.